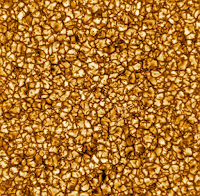 On January 30, the New York Times published a remarkable photograph on its front page. It had nothing to do with the nation’s politics, the Middle East or the corona virus. In fact, it looked like some kind of popcorn ball. Perhaps a caramel popcorn ball.

What it really was, was a closeup of the sun. Each of the ‘kernels’ is about the size of Texas. Each carries heat from the inside of the sun to the outside. When the hot gas cools and sinks, it creates the dark lines separating the cells (or popcorn kernels).

The remarkable image was taken from the Daniel K. Inouye Solar Telescope atop Haleakala. This ancient cratered volcano is sacred to native Hawaiians who named it House of the Sun in their language.

The photo reveals that the bland yellow orb we in this hemisphere so welcome this time of year is actually a seething cauldron. The solar rays seen during eclipses can reach a million degrees Fahrenheit. Every second, thermonuclear reactions in the center of the sun turn 5 million tons of hydrogen into pure energy.

That energy makes its way outward through boiling gas pocked with magnetic storms that crackle, whirl and lash space with showers of electrical particles and radiation.

Never assume that what you perceive is the whole of reality.
Posted by Mim Neal at 2:39 PM 2 comments: